ABOUT SKY OF INK PRESS

Montreal's Sky of Ink Press was founded in 2007 with the express purpose of featuring talented poets in finely crafted chapbooks. It has also published a couple of visual art books. Brian Campbell is solely responsible as editor and publisher.

Sky of Ink chapbooks are printed on high-quality paper with card-stock or hard covers.

Here are the chapbooks published so far. Click on them for quick access to info., cover image and a sample poem of each book.

And here, the art books:

Prices in CA for Canadian orders or US for international orders, including postage

The press does not accept unsolicited manuscripts.

To order, contact: beedeecee@videotron.ca
Posted by Brian Campbell at 10:00 PM No comments: 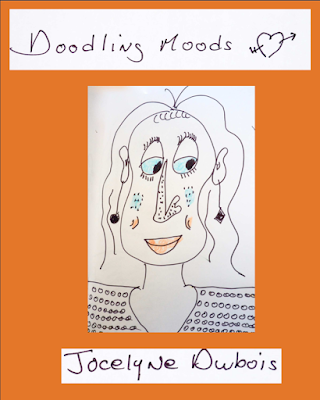 Printed by Blurb
Status: In Print

During the time of the Covid-19 pandemic, I have been filling a book with doodles reflecting my various moods during these trying times. I drew them in black pen and coloured pencils. Having never trained in drawing, and, apart from my writing, having focussed over the last few years on abstract mixed media creations, this was for me a discovery of sorts of a new visual language. Here’s a choice of a few of them.
—Jocelyne Dubois, June 10, 2020 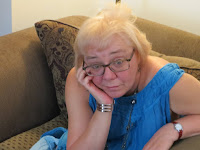 
Her novel, World of Glass, was a finalist for the 2013 QWF Paragraphe Hugh MacLennan Prize for fiction.  Her stories have appeared in Matrix, The Dalhousie Review, Exile, carte blanche, Transition and The Toronto Quarterly. Her poetry has appeared in Canadian Women Studies, Brèves littéraires, and Truck. Her poetry chapbook, Hot Summer Night, was published in 2008 by Sky of Ink Press.